If you're only refunding part of an invoice, read this guide!

Written by Emily Gable
Updated over a week ago

Let's say that a patient purchases some additional items when they come in for treatment—for example, maybe a yoga mat or some sort of at-home therapy device. You'll most likely have all of those things on the same invoice—but what happens if they want to return one of the things they purchased? You'll have to record a partial refund.

Luckily, it's easy to do this, right from the original invoice by creating what we call a "credit note". Below, we'll walk you through the steps.

Find the invoice you need to refund. In the example we're using, we can see that this patient has purchased three things for a total of $65 (their treatment session, a neck pillow, and a spiky ball): 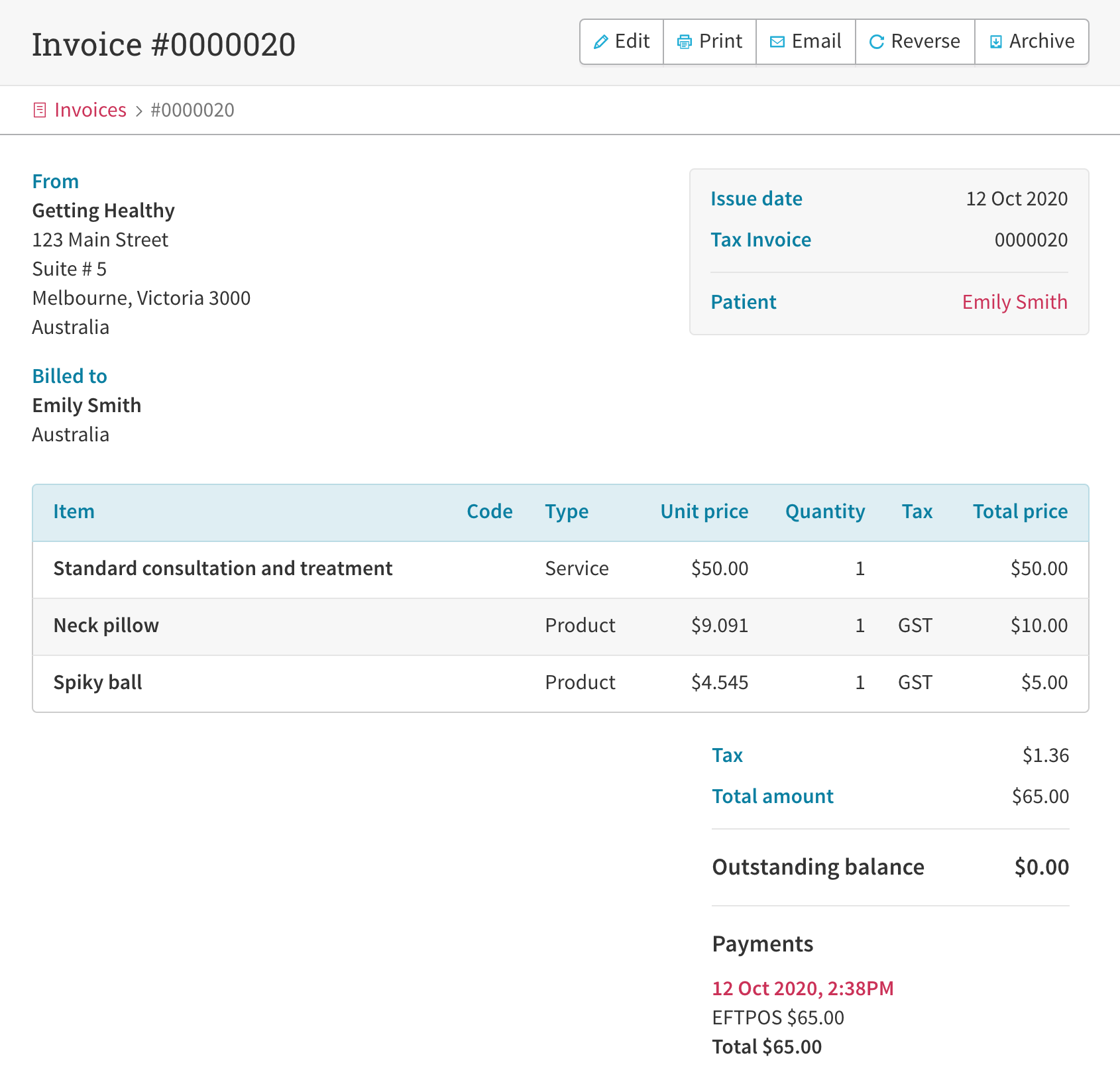 The patient has come back and said they'd like to return the spiky ball, because they realised they already have one. Not a problem! What you'll want to do first is press that Reverse button at the top of the invoice:

This will bring you to a screen that looks very similar to an invoice, but it will say New credit note, and it will have the date that you're issuing it (which will usually be today's date):

Scroll down a bit, and you'll see item fields that also look very similar to an invoice, except everything will be a negative number: 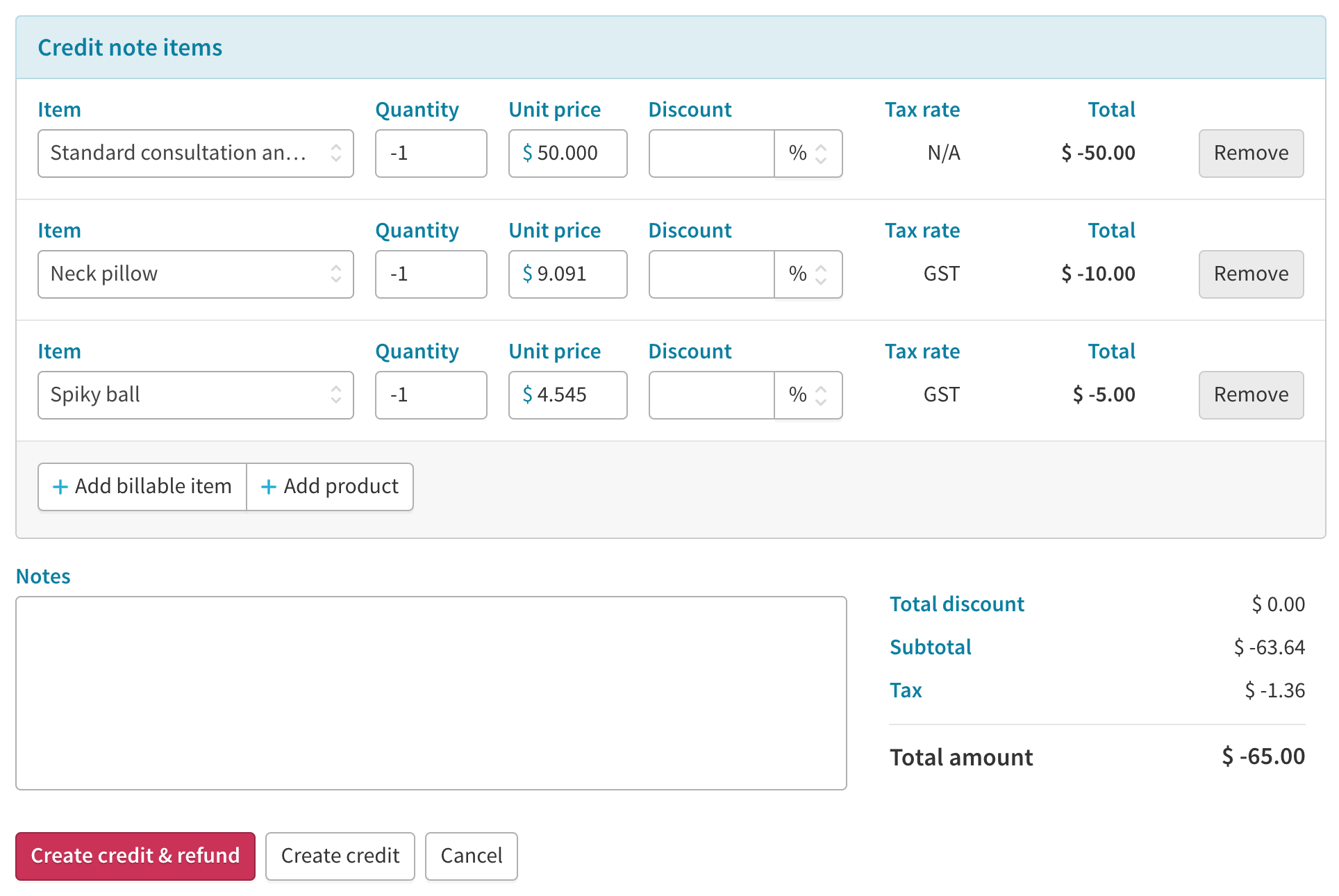 However, in this case, we're only refunding one item—the spiky ball. What we're going to do is remove the items that we don't want to record a refund for, by pressing the "Remove" buttons until only the item we wish to refund remains.

Below is an example of of this process in action:

We've removed the items we don't need, therefore recording a refund only for the spiky ball ($5). At the end of the process, we can see that we have a new credit note, and it indicates what was refunded, as well as which invoice it's a reversal of: 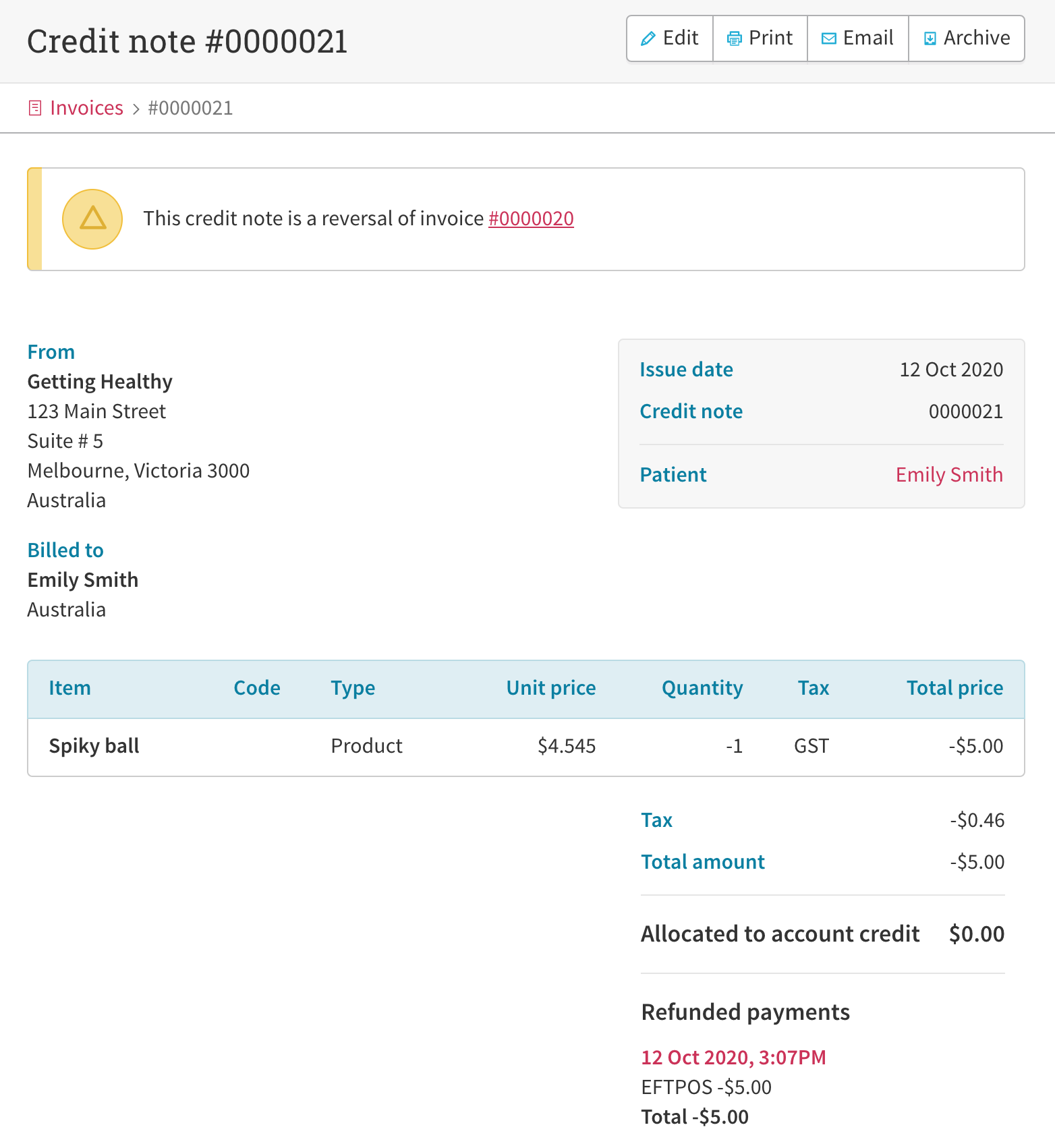 And that's it! We've now recorded a partial refund! 🎉 We can also see this refund in the overall Payments list, where it will have a "refund" flag next to it:

This refund will also be recorded in the payment reports as a negative number.

If you have more questions about refunds, head over here, and also feel free to reach out to our support team for assistance!